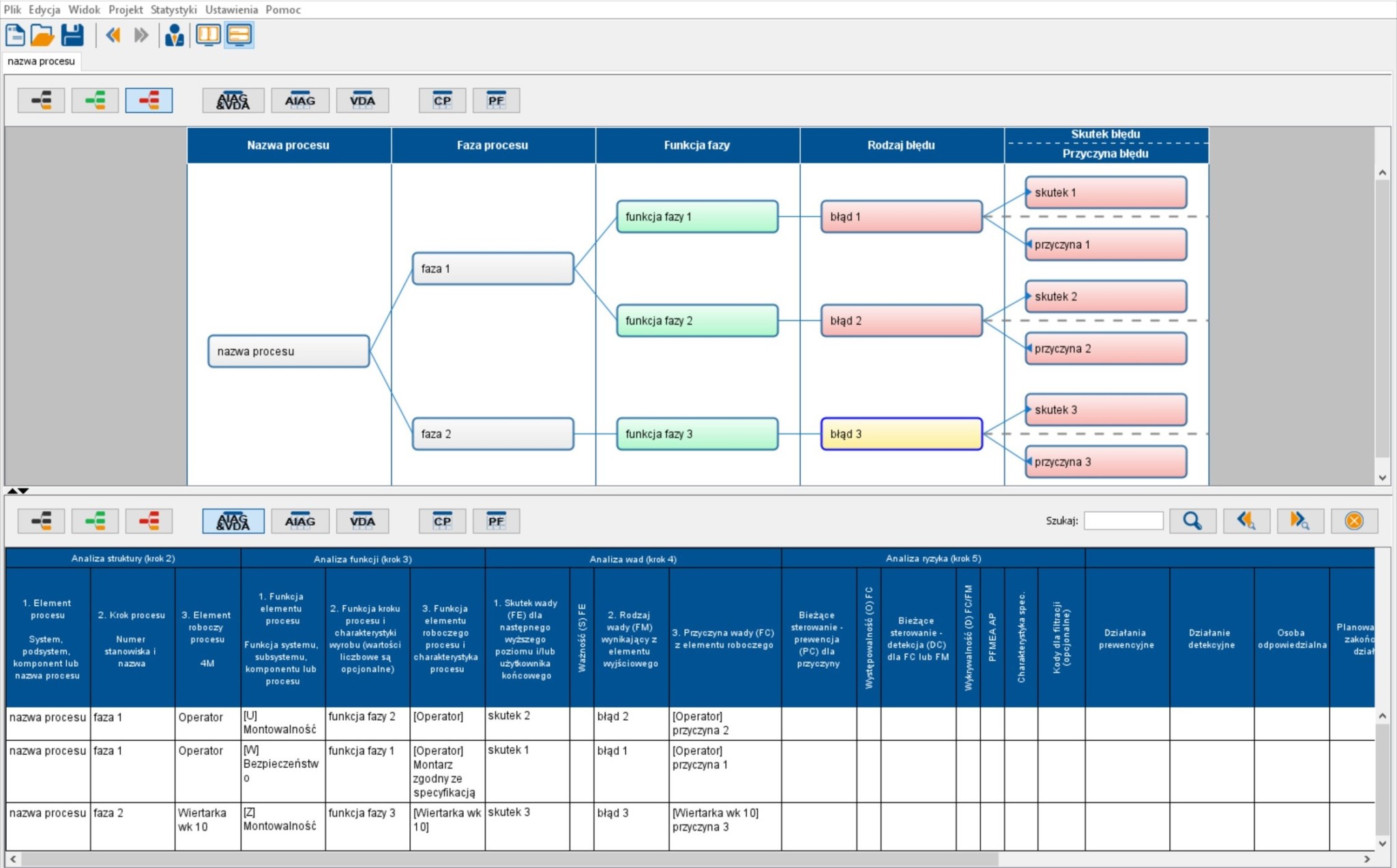 Recently a new version of the PQ-FMEA program has been released. FMEA analysis software has been adapted to the requirements of AIAG & VDA ed. 1.

Due to the fact that the analysis of the causes and effects of non-compliance can also be carried out according to the requirements of AIAG ed. 4 or VDA 4 program allows easy switching between individual sheets.

Currently, the program will carry out risk analysis according to three standards:

By staying on building the analysis on the tree and transferring data to the FMEA spreadsheet, the program continues to encourage that it is intuitive and easy to use.

The new version of the program contains many significant changes, including:

The structures are connected with each other and the entered data are automatically transferred to subsequent trees.

In addition to the changes introduced, the program constantly monitors the consistency between FMEA, CP and PF and allows you to easily monitor the progress of tasks. Built-in statistics illustrate risk scales, and attractive appearance and how to build analysis facilitates team work. 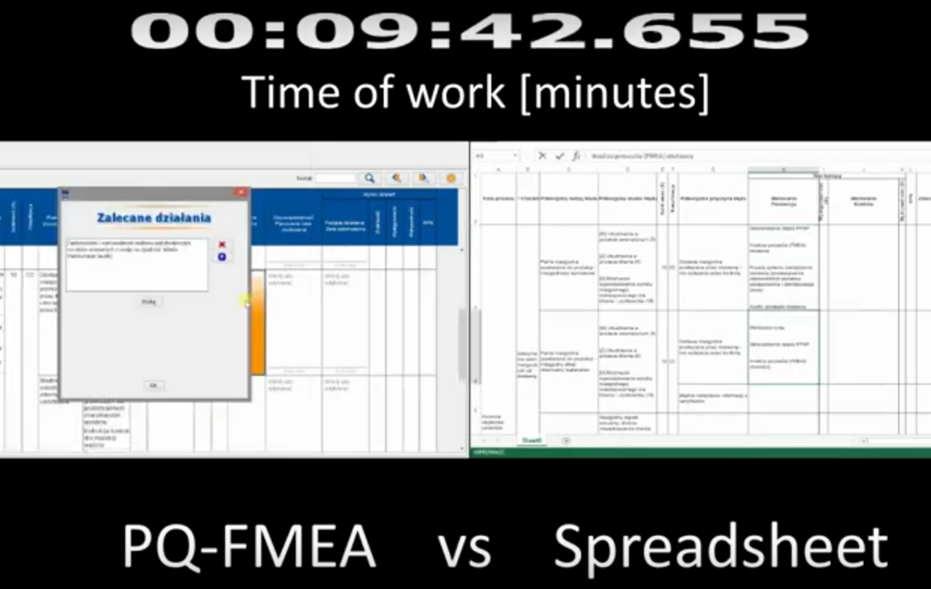 Did you know that with the PQ-FMEA program you will save a lot of time needed to prepare FMEA analysis?… 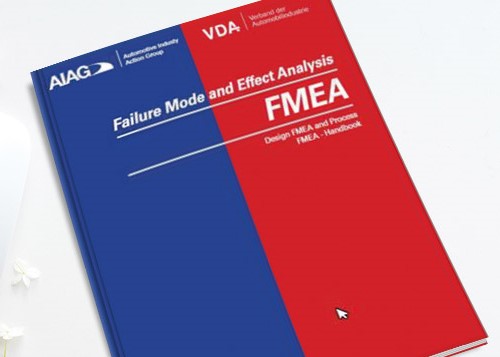 Work on the new standard is officially completed. After lengthy, constructive discussions, experts managed to create the first AIAG and… 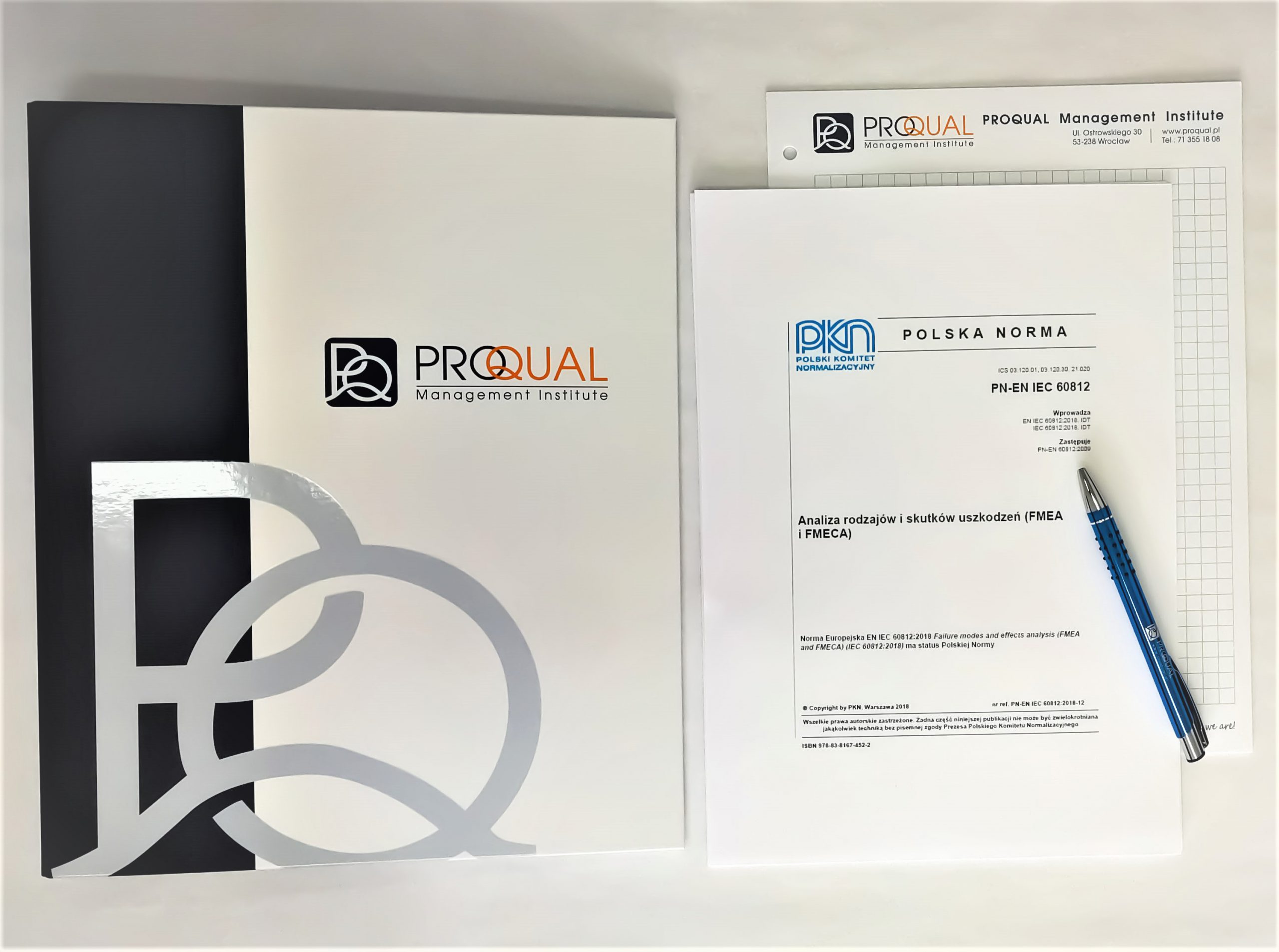